I started systemic constellations a year ago.

I revealed some facts which were very important for me already at the first session, which affected my life a lot. After that constellation, I felt much better and calmer.

Even not doing my constellation but being a substitute in other people’s constellations, I would often find a response in myself to the roles I performed. Later, when Natalya worked already with me, it turned out that there were situations in my family which were similar to those in which I participated as a substitute.

It was not easy to take part in other people’s constellations but it always helped me to understand my own constellations in a deeper and more complete way.

It was difficult to trace down something in the process of work, but now, looking back, I see significant changes in me.

My nervousness and lack of confidence practically disappeared, and internal calmness regarding myself and most situations of my life gradually came to me.

My relations with people also improved, I became more confident, and there were no longer sudden stops and setbacks in communication.

That winter, I did systemic constellation regarding my hepatitis C (It turned out to be related to my father. The work that followed that constellation was very difficult for me and in some way, I continue working at that). I recently decided to do new tests, which showed that the virus is no longer in my blood, I am not sick and I am even not a carrier of the virus.

It is hard to describe the feelings of relief and joy I am having at the moment.

Summing up, I wish to thank Natalya from the depth of my heart, as she has helped me so much in my recovery and harmonization of myself and my life. 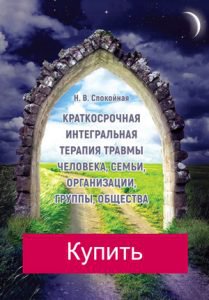